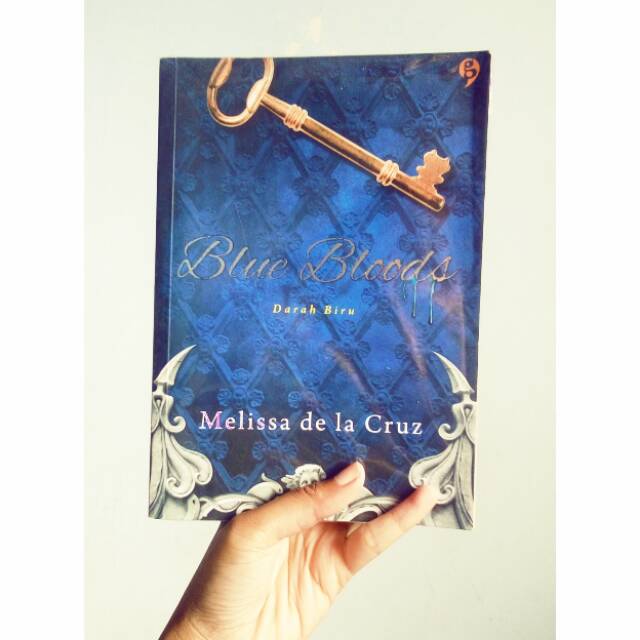 Blue Bloods, this book is told from the perspectives of Madelaine “Mimi” Force, Bliss Llewellyn, and Schuyler Van Alen. They took me to explore some important places in Manhattan, New York. From The Bank, an old building converted into a nightclub to Duchesne, a private school where they study. They did not forget to reveal family history. So it doesn’t take long to get to know them.

Mimi Force, a very popular sixteen year old girl. Her fame is not only in school. For New York reporters, her beautiful and attractive face was no stranger. His father and mother, Charles Force and Trinity Burden, two important figures in the media world and high society in New York, made this possible. This popularity also made almost all the female students in Duchesne want to be his ladies-in-waiting. As if there was never a problem with his arrogant attitude.

How Did Blue Bloods Goes on the First Place?

Bliss herself is a transfer student. Like Mimi, Bliss’s father also had an important influence. This situation also makes him get to know Mimi and become a part of her glamorous life. Unfortunately that didn’t make him feel at home. Even after months of moving to the Duchesne, he still didn’t like his new life.

Unlike Mimi and Bliss, Schuyler was born into a simpler family. Despite having a long and important family history in the past, it turned out to be not enough. He was still an outcast in the Duchesne. But that didn’t discourage him. Schuyler had no trouble living his life. After all, he still has Oliver, his best friend since childhood. And that’s more than enough.

Despite being born from different backgrounds, Blue Blood is the common thread that connects the three. Blue Blood is the term vampires use to refer to themselves. A meeting of the Committee revealed all of this. From the meeting for the limited circle it was all revealed. Unlike Schuyler and Bliss who only found out about this fact, Mimi had known it a year ago. But he never thought that when he learned that Schuyler, the daughter he had underestimated, was part of the elite who had lived in New York for centuries. For Bliss, what was revealed at the Committee meeting was the answer to all the questions that had puzzled her for the past few weeks. Even though he was surprised, he couldn’t hide the immense relief.

Not much different from Bliss, Schuyler could hardly believe what he was hearing. However, from Mrs. Duppont the leader of the Committee, he finally understood the awkwardness he felt. The sudden appearance of Beauty, his pet dog, was not a coincidence. His ability to see in the dark or how his body remained thin now no longer surprised him.

So Many Secrets and Things to Get in Mind

More secrets were revealed since the Committee meeting ended. Not only from his grandmother, Oliver, also turned out to keep an important secret. What is surprising is when he finds out many things behind the death of a girl at his school. The incident that a few weeks ago caused an uproar was not the first time that happened to the Blue Bloods. The possibility of the same thing and more severe is very large. Their existence is threatened. Although the members of the highest council from the circles denied the existence of this news, they could not cover it up, that there was a large group out there calling themselves Silver Bloods who were ready to kill them at any time.

It’s nice to know that this book has been translated. The high ratings from some outside bloggers made me curious about the stories inside. The stars they gave for this book did not lie. Melissa’s ideas in each chapter are very interesting. He did not hesitate to give birth to a different vampire character. In the new world he created, neither the sun, the garlic nor the cross were myths. Count Dracula’s ruthless figure was just a figment. Even though Melissa’s writing at the beginning of the vampire’s life cycle is a little confusing, it all becomes clearer as I move on to the next chapters. The part that I like the most is when I read the chapters that talk about Blue Blood, Silver Blood and Red Blood.

Melissa also managed to bring some of the characters in this book to life. One of them is Mimi. From start to finish, I was annoyed and embarrassed by all his behavior. But the role he plays is one of the most important parts of this book. I also love Oliver and Schuyler’s friendship. The mysterious attitude of the Blue Blood Council or Cordelia, Schuyler’s grandmother also keeps me curious.